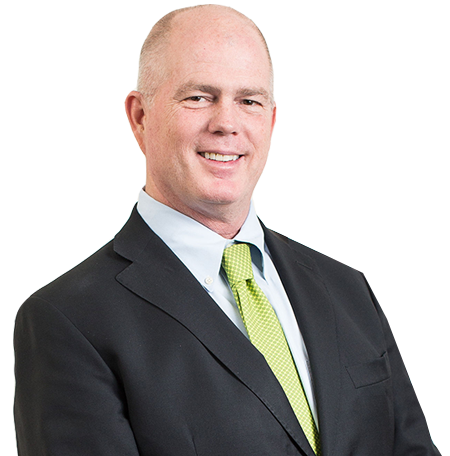 The State Bar of California
Admitted 1991

John Kennedy is a certified appellate specialist.  Mr. Kennedy’s practice is centered in the employment, business/commercial disputes and personal injury areas of the law.  He represents defendants and plaintiffs in state and federal court and continues to build a sophisticated appellate practice.  His practice also focuses on complex commercial and class action litigation, as well as construction, toxic tort, and actions involving allegations of fraud and products liability.

Mr. Kennedy was formerly associated with O’Melveny & Myers and was Senior Counsel in the Los Angeles office of Liner, LLP. There he focused on real estate, construction, entertainment, and complex employment litigation. He also represented various high profile clients. Mr. Kennedy served on a litigation team for a major chemical company in its California toxic tort and asbestos litigation.

Prior to Liner, Mr. Kennedy served as a Senior Appellate Attorney for the California Court of Appeal, Second Appellate District from 2001 to 2009. In that capacity, he drafted over 275 bench memoranda for the Court thus leading him to become an appellate specialist. While at the Court, he authored bench memoranda in civil, criminal, probate and family law cases, involving a broad array of issues, from fraud, bad faith homeowner insurance coverage disputes from the Northridge Earthquake, first amendment rights, to criminal sentencing and custody disputes. Before joining the Court, Mr. Kennedy was a litigator with O’Melveny & Myers. There, he represented clients in state and federal court in toxic tort cases, such as the Exxon Valdez case. He also provided counsel on many complex cases, and served as an integral member of trial and arbitration teams.

Notable Engagements include representing: a prominent Southern California municipality in a high-profile personal injury matter; a chain of night clubs in its employment and business disputes; a major American chemical company in toxic tort and asbestos litigation; a major refuse hauler in a breach of contract action; a national restaurant chain in a trade-dress infringement action; a national radio company in a multi-million dollar lease dispute; and represented numerous business owners in commercial disputes. Mr. Kennedy has also served as in-house counsel to a film production company and supervised trademark and intellectual property litigation by outside counsel.

In 2011, Mr. Kennedy was appointed to the State Bar of California’s Committee on Appellate Courts. He is a member of the American and Los Angeles County Bar Associations. He also serves as an appellate mediator for the California Court of Appeal, Second Appellate District. Mr. Kennedy was a guest lecturer on a wide variety of appellate subjects in “The Complete Appeal: Strategies from Start to Finish,” An Intermediate to Advanced Appellate Course, May 8, 2008, Los Angeles, California. For more than three years, he traveled to numerous law firms and taught an MCLE seminar entitled “Insight from a Former Research Attorney: Tips for Not Losing Your Appeal in the Trial Court,” Los Angeles, California. State Bar MCLE Approval from August 13, 2008 to August 13, 2010.

The State Bar of California
Admitted 1991